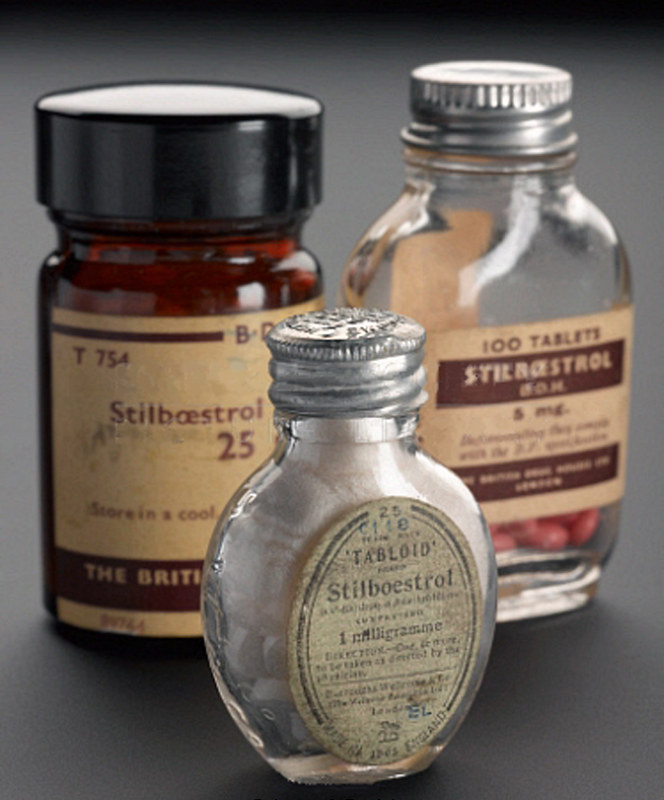 DES was not only sold generically under a multitude of brand names but also commonly administered in different shapes and forms: tablets, injections, vaginal suppositories and sometimes even as an ingredient in pregnancy vitamins.

In America alone there were 267 drug companies that made and distributed DES and other similar synthetic estrogens because it was un-patented and easily produced. Aggressive marketing pushed DES to also be used for more than 100 medical conditions.

No wonder most people who have been exposed to Diethylstilbestrol don’t even know about it! Check out our DES Drugs photo album on Flickr.