Back in the 1950’s and 1960’s, doctors were the target for most drug advertising campaigns including DES 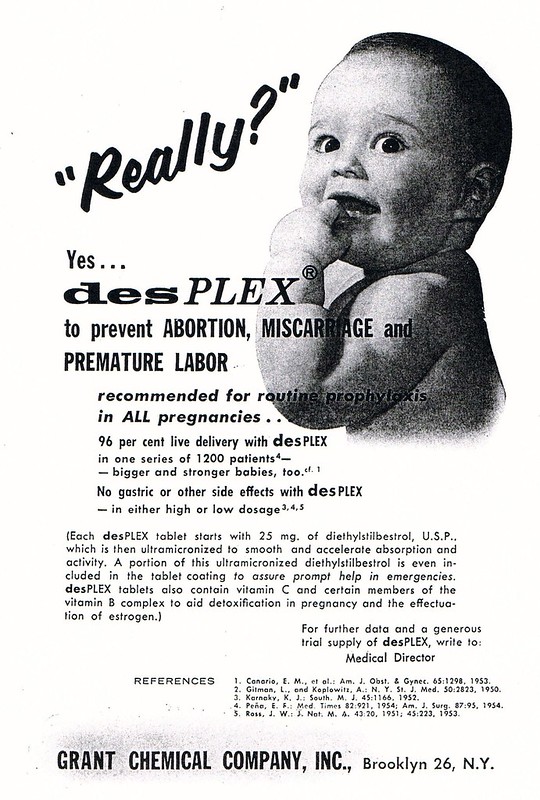 Back in the 1950’s and 1960’s, doctors were the target for most drug advertising campaigns including DES as shows this Flickr album.

Drug companies supplied hundreds of doctors with samples to give to their female patients, thus creating a market for the drug (in the case of diethylstilbestrol even before it was approved by the FDA).

Somehow DES set the template of “How To” market a dangerous drug to women. In 1948, diethylstilbestrol was advertised as the “Wonder Drug” recommended for all pregnancies. The face of a cherubic infant grinned up from the pages of medical journals next to the caption: “Really? Yes, desPLEX to prevent abortion, miscarriage and premature labor…bigger and stronger babies“.

As early as 1953, research revealed that DES did not work – that DES actually brought about higher rates of premature birth and infant mortality – yet DES continued to be prescribed to pregnant women for decades mainly because pharmaceutical companies continued to heavily promote DES use to doctors and most doctors relied on the drug companies and their sales representatives for information.