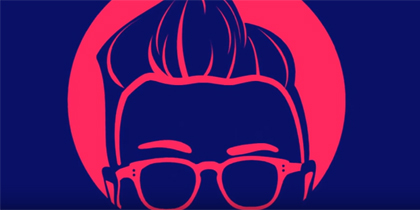 Getting all stressed out by vitamin C

Few experimental cancer therapies have incited as much debate as vitamin C. Yet the mechanistic effect of vitamin C on cancer cells is still poorly understood. Yun et al. studied human colorectal cancer cells with KRAS or BRAF mutations and found that they “handle” vitamin C in a different way than other cells, ultimately to their detriment (see the Perspective by Reczek and Chandel). Because a certain receptor is up-regulated in the mutant cells, they take up the oxidized form of vitamin C (dehydroascorbate). This leads to oxidative stress, inactivation of a glycolytic enzyme required by the mutant cells for growth, and finally cell death. Whether the selective toxicity of vitamin C to these mutant cells can be exploited therapeutically remains unclear.

More than half of human colorectal cancers (CRCs) carry either KRAS or BRAF mutations and are often refractory to approved targeted therapies. We found that cultured human CRC cells harboring KRAS or BRAF mutations are selectively killed when exposed to high levels of vitamin C. This effect is due to increased uptake of the oxidized form of vitamin C, dehydroascorbate (DHA), via the GLUT1 glucose transporter. Increased DHA uptake causes oxidative stress as intracellular DHA is reduced to vitamin C, depleting glutathione. Thus, reactive oxygen species accumulate and inactivate glyceraldehyde 3-phosphate dehydrogenase (GAPDH). Inhibition of GAPDH in highly glycolytic KRAS or BRAF mutant cells leads to an energetic crisis and cell death not seen in KRAS and BRAF wild-type cells. High-dose vitamin C impairs tumor growth in Apc/KrasG12D mutant mice. These results provide a mechanistic rationale for exploring the therapeutic use of vitamin C for CRCs with KRAS or BRAF mutations.

Why do we think that we need supplements?

Nutrition experts contend that all we need is what’s typically found in a routine diet. Industry representatives, backed by a fascinating history, argue that foods don’t contain enough, and we need supplements. Fortunately, many excellent studies have now resolved the issue.

The vitamin industry had a 2.8 billion dollars increase in the United States in 2010 while the dietary supplements market reached 11 billion euros in Europe in 2011.

Dr Paul Offit, Chief of Infectious Diseases at the Children’s Hospital of Philadelphia, published a paper that has shaken the reputation benefits of vitamin C… read The Vitamin Myth: Why We Think We Need Supplements, The Atlantic, 19 July 2013.