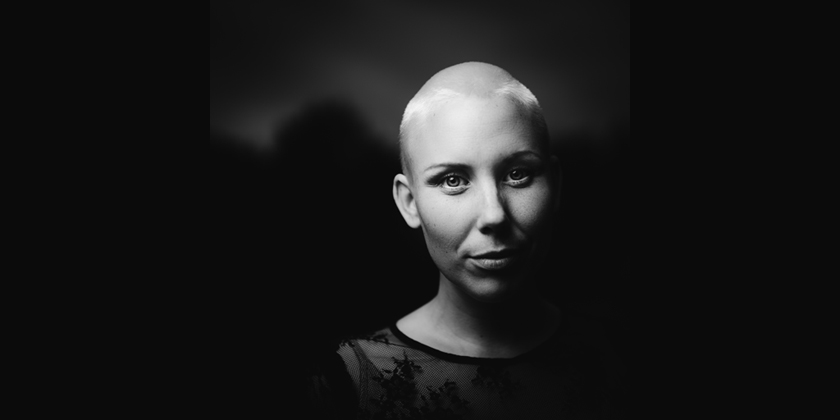 Background
There is little known about the transgenerational effect of chemotherapy. For example, chemotherapy is known to decrease fecundity in women. But if women are able to have offspring after chemotherapy exposure, do these children also have decreased fecundity?

Methods
This study is a retrospective cohort study utilizing the Utah Population Database (UPDB), a comprehensive resource that links birth, medical, death and cancer records for individuals in the state of Utah. The male and female children (F1 generation) of chemotherapy-exposed women (F0 generation) were identified. The number of live births (F2 generation) to this F1 generation was compared to two sets of chemotherapy-unexposed, matched controls using conditional Poisson regression models (regression coefficient, 95% confidence interval, P-value). The first unexposed was established using the general population and the second unexposed was established using first cousins to the F1 generation.

Conclusion
The sons and daughters (F1 generation) of chemotherapy-exposed women have fewer live births when compared to both matched, unexposed general population and cousin controls. Chemotherapy may have a transgenerational effect in exposed women which needs further investigation.

An estimated 8000 children 0 to 14 years of age are diagnosed annually with cancer in the United States. Leukemia and brain tumors are the most common childhood malignancies, accounting for 30 and 20% of newly diagnosed cases, respectively.

There are a few well-established environmental causes of childhood cancer such as radiation, chemotherapeutic agents, and diethylstilbestrol.

Image of Sam via MLlive.

Many other agents such as electromagnetic fields, pesticides, and some parental occupational exposures are suspected of playing roles, but the evidence is not conclusive at this time.

Some childhood exposures such as secondhand cigarette smoke may contribute to cancers that develop many years after childhood.

For some exposures such as radiation and pesticides data suggest that children may be more susceptible to the carcinogenic effects than similarly exposed adults.

Transplacental carcinogenesis was established by the discovery in 1971 of vaginal adenocarcinoma in the daughters of women who took the hormone diethylstilbestrol (DES) during pregnancy to avoid miscarriages. This very rare cancer has been detected in girls as young as 7 years old, with most affected between 15 and 22 years of age. There are concerns that at older ages the exposed daughters may also have increased risk of squamous carcinomas of the vagina and cervix and cancers of the breast and that exposed sons may have excess testicular and prostate cancer . Continued followup of the DES-exposed daughters and sons is ongoing at the National Cancer Institute and may provide further information on the late effects of DES and on transplacental carcinogenesis in general.

Suspected, but less well-established, of being a transplacental carcinogen is phenytoin, an antiepileptic drug. There are reports of neuroblastoma and soft tissue sarcoma in children exposed in utero to phenytoin.

There have also been reports of excess brain tumors, neuroblastomas, leukemia, and retinoblastomas in children of women who used antinausea medications (e.g., Bendectin) during pregnancy. This issue had received considerable publicity, however, which may have affected recall of use by study subjects. One study used medical records, not subject recall, to assess exposure and did not show any associations.

There is one report of excess Wilms’ tumor among Swedish children whose mothers were exposed to penthrane (methoxyflurane) anesthesia during delivery. The excess risk was higher in females and increased with age at diagnosis.

Some medical treatments received during childhood also play a role in the development of childhood cancer. Chemotherapy and radiation therapy received for an initial childhood cancer can dramatically increase the risk for second cancers. For example, in one study children treated with alkylating agents for cancer have a 5-fold risk of subsequently developing leukemia. At high doses, the risk was increased as much as 25 times the expected rate of leukemia. Bone sarcomas were also elevated in children treated with radiation and chemotherapy.

These exposures are difficult to study accurately and need further research, but prevention efforts clearly must continue for noncancer-related reasons even in the absence of convincing data on childhood cancer.

Getting all stressed out by vitamin C

Few experimental cancer therapies have incited as much debate as vitamin C. Yet the mechanistic effect of vitamin C on cancer cells is still poorly understood. Yun et al. studied human colorectal cancer cells with KRAS or BRAF mutations and found that they “handle” vitamin C in a different way than other cells, ultimately to their detriment (see the Perspective by Reczek and Chandel). Because a certain receptor is up-regulated in the mutant cells, they take up the oxidized form of vitamin C (dehydroascorbate). This leads to oxidative stress, inactivation of a glycolytic enzyme required by the mutant cells for growth, and finally cell death. Whether the selective toxicity of vitamin C to these mutant cells can be exploited therapeutically remains unclear.

More than half of human colorectal cancers (CRCs) carry either KRAS or BRAF mutations and are often refractory to approved targeted therapies. We found that cultured human CRC cells harboring KRAS or BRAF mutations are selectively killed when exposed to high levels of vitamin C. This effect is due to increased uptake of the oxidized form of vitamin C, dehydroascorbate (DHA), via the GLUT1 glucose transporter. Increased DHA uptake causes oxidative stress as intracellular DHA is reduced to vitamin C, depleting glutathione. Thus, reactive oxygen species accumulate and inactivate glyceraldehyde 3-phosphate dehydrogenase (GAPDH). Inhibition of GAPDH in highly glycolytic KRAS or BRAF mutant cells leads to an energetic crisis and cell death not seen in KRAS and BRAF wild-type cells. High-dose vitamin C impairs tumor growth in Apc/KrasG12D mutant mice. These results provide a mechanistic rationale for exploring the therapeutic use of vitamin C for CRCs with KRAS or BRAF mutations.

Chemotherapy drugs are powerful enough to kill rapidly growing cancer cells, but they also can harm perfectly healthy cells, causing side effects throughout the body.

I survived cancer – but drugs left me with permanent alopecia

Studies show that long term hair loss, which can be caused by a cocktail of certain cancer drugs, has significant impact of quality of survival. Why isn’t more known about it?

Shirley Ledlie long-term Alopecia’s cause – significant and permanent hair loss – was a drug called Taxotere (Docetaxel), which, when combined into a “cocktail” with other chemotherapy drugs, causes “male pattern baldness“…

Read I survived cancer – but drugs left me with permanent alopecia,
The Telegraph, 03 Sep 2015.

Chemotherapy Use, Performance Status, and Quality of Life at the End of Life

Importance
Although many patients with end-stage cancer are offered chemotherapy to improve quality of life (QOL), the association between chemotherapy and QOL amid progressive metastatic disease has not been well-studied. American Society for Clinical Oncology guidelines recommend palliative chemotherapy only for solid tumor patients with good performance status.

Objective
To evaluate the association between chemotherapy use and QOL near death (QOD) as a function of patients’ performance status.

Design, Setting, and Participants
A multi-institutional, longitudinal cohort study of patients with end-stage cancer recruited between September 2002 and February 2008. Chemotherapy use (n = 158 [50.6%]) and Eastern Cooperative Oncology Group (ECOG) performance status were assessed at baseline (median = 3.8 months before death) and patients with progressive metastatic cancer (N = 312) following at least 1 chemotherapy regimen were followed prospectively until death at 6 outpatient oncology clinics in the United States.

” Treating a cancerous tumor is like watering a houseplant with a fire hose – too much water kills the plant, just as too much chemotherapy and radiation kills the patient before it kills the tumor. However, if the patient’s gastrointestinal tract remains healthy and functioning, the patient’s chances of survival increase exponentially… ”

Objectives
To determine whether the receipt of chemotherapy among terminally ill cancer patients months before death was associated with patients’ subsequent intensive medical care and place of death.

Participants
386 adult patients with metastatic cancers refractory to at least one chemotherapy regimen, whom physicians identified as terminally ill at study enrollment and who subsequently died.

Conclusions
The use of chemotherapy in terminally ill cancer patients in the last months of life was associated with an increased risk of undergoing cardiopulmonary resuscitation, mechanical ventilation or both and of dying in an intensive care unit. Future research should determine the mechanisms by which palliative chemotherapy affects end of life outcomes and patients’ attainment of their goals.

Continue reading: The truth about chemotherapy and the cancer industry by Mike Adams, the Health Ranger.

All our posts about cancer, chemotherapy and screenings.
See more comics.

Watch the Diaporama, and the Art photo set on