A cause for concern and a need for action 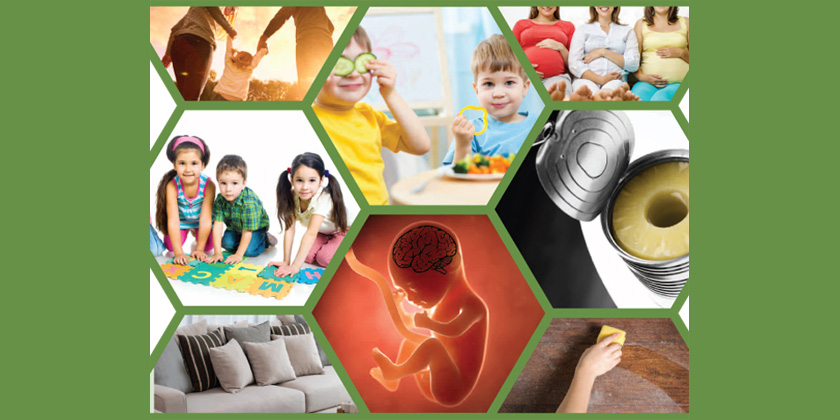 Science has shown that many thousands of people have been exposed to now mostly banned chemicals such as lead and PCBs at high enough levels to have had their brain development negatively affected. This report finds that there are other chemicals which are still in routine use in our homes where there is evidence of similar developmental neurotoxic (DNT) properties, and also identifies huge gaps in our knowledge of the impacts of other chemicals on brain development. It also points out the unpleasant reality that we are constantly exposed to a cocktail of chemicals, something which is still largely ignored by chemical safety laws.

In spite of the lessons of the past, regulators are continuing to only regulate after harm is caused, instead of acting to effectively protect the most precious of things; children’s developing brains.

In June 2007 CHEM Trust wrote the briefing Chemicals Compromising Our Children, which highlighted growing concerns about the impacts of chemicals on brain development in children. Almost 10 years later, CHEM Trust has revisited the issue with this report, which includes contributions from two of the most eminent scientists in this area, Professor Barbara Demeneix (Laboratory of Evolution of Endocrine Regulations, CNRS, Paris) and Professor Philippe Grandjean (Department of Environmental Medicine, University of Southern Denmark, Denmark & Department of Environmental Health, Harvard T.H. Chan School of Public Health, Boston, USA), who also peer reviewed the report.

Our brain and its development

Our brains are astoundingly complex, made up of over 85 billion neurons, which have grown, developed and interconnected during our lives. The brain is the organ that takes the longest to develop, with initial stages of cell division, creation of neurons and their migration taking place from the first hours after fertilisation and throughout the foetus’ time in the womb. However, brain development does not stop at birth – it’s not until our twenties that neurons are fully developed with their myelin coats.

Throughout this complex developmental process a range of signalling chemicals and other processes operate in order to control what happens. The thyroid hormone system is intimately involved in brain development and function, yet it is well established that this system can be disrupted – for example by a lack of iodine (essential to make thyroid hormone) or by certain chemicals. If developmental processes are disrupted, this most often creates permanent problems.

The complexity of brain development and function means that deficits can be very subtle – small reductions in IQ, disabilities that exist with a broad spectrum of seriousness such as autism, or in some cases conditions which do not have fully agreed diagnostic criteria.

Disruption of brain development by chemicals

We are all exposed to hundreds of man-made chemicals in our daily life, coming from everyday products including food, furniture, packaging and clothes. Many of these chemicals will have no negative effects on us, but it is now well established that some are able to disrupt normal development of the brain. Chemicals with long established DNT properties such as lead, PCBs and methylmercury, have been joined by others where DNT effects have been identified more recently, and which are being used in everyday products. There are also rising concerns about chemicals that are very similar to chemicals that have had their use restricted, but which we continue to use as there isn’t sufficient information about their toxic effects. We know even less about thousands of other chemicals in routine use, which have had no testing for DNT properties.

Chemical exposures are so ubiquitous that experts have recognized that babies are born “pre-polluted”. Scientific paediatric and gynaecology & obstetrics societies have consistently warned about chronic health implications from both acute and chronic exposure to chemicals such as pesticides and endocrine disruptors.

The report identifies evidence of DNT properties for the following chemicals:

The EU has the most sophisticated regulations in the world for controlling chemical use. However, there are a number of key flaws in this system:

It is clear that our children are not currently being protected from chemicals that can disrupt brain development. We have identified a range of policy measures that could improve the situation, including:

Finally, it is important to note that EU regulations have already controlled a number of chemicals of concern, and that EU laws provide a tool to address these problems. We therefore think it is vital for the UK Government to work to stay aligned with EU chemicals laws, whatever the eventual outcome of the UK’s Brexit process.

Though full protection will only come from proper regulation of chemicals, the report also includes a chapter with tips for reducing your and your family’s exposures in daily life.

Even before a child is conceived, the parents’ exposure to environmental stressors can alter the way genes are expressed and ultimately harm the child’s health when those genes are passed down to the next generation, according to a new article published in the Endocrine Society’s journal Endocrinology.

Exposure to environmental stressors such as endocrine-disrupting chemicals, psychological stress and malnutrition may result in disadvantageous epigenetic “reprogramming” that can echo through multiple generations.  When these stressors disrupt early developmental processes, they may cause changes in cellular gene expression, cell numbers or locations of cells that persist and lead to increased risk of cognitive disorders, obesity, diabetes and metabolic diseases later in life.

The article summarizes key insights from the 4th Conference on Prenatal Programming and Toxicity (PPTOX IV). More than 300 people attended the event in Boston, MA in October 2014. The meeting featured more than 60 oral and 130 poster presentations discussing the impact of chemical, physical and biological environmental stressors on the interconnected relationships of endocrine, immune and nervous systems.

Previous research on environmental stressors focused primarily on exposures during pregnancy and early childhood and their effects on the health of the offspring across the lifespan. However, presentations at PPTOX IV emphasized that the preconception period in both females and males is also a sensitive developmental window.

“In regard to environmental stressors, a good start lasts a lifetime,” said Philippe Grandjean, MD, PhD, Professor of Environmental Medicine at the University of Southern Denmark and Adjunct Professor of Environmental Health at the Harvard T.H.Chan School of Public Health and an author of the article. “Unfortunately, current testing paradigms do not properly assess the impact of risk factors during vulnerable exposure windows. Without new policies and guidelines, we cannot have a universal healthy start for children.”

Researchers note that regulatory agencies currently may not appropriately take into account the potential for non-linear effects of certain environmental chemicals, meaning that exposure to low levels of a chemical can have different adverse effects than what could be experienced at exposure to higher levels of the same chemical.

“ The numbers are startling. According to the U.S. Centers for Disease Control and Prevention, about 1.8 million more children in the U.S. were diagnosed with developmental disabilities between 2006 and 2008 than a decade earlier. During this time, the prevalence of autism climbed nearly 300 percent, while that of attention deficit hyperactivity disorder increased 33 percent. CDC figures also show that 10 to 15 percent of all babies born in the U.S. have some type of neurobehavorial development disorder. Still more are affected by neurological disorders that don’t rise to the level of clinical diagnosis. “

By the Collaborative on Health and the Environment 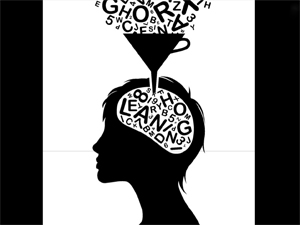 How the Next Generation’s Brain Functions are Endangered by EDCs and Other Environmental Chemicals.

Dr. Philippe Grandjean suggests that new scientific insights reveal that the next generation’s brain functions are endangered by environmental chemicals. The fetus is not protected by the placenta and therefore shares the mother’s cumulated exposures to toxic chemicals. Infants and children are likewise exposed to a cocktail of foreign substances against which the body has no innate defense. Prenatal and early postnatal brain development is an extremely complex process that we now know is uniquely vulnerable. Lead, mercury and a few other substances have long been known to be toxic to brain development. Recent research suggests that many chemicals, perhaps thousands, may cause similar effects because they can gain access to the developing brain and exert their toxicity to brain cells. This new insight needs to be translated into public policy to protect the brain functions of the next generation. On this call Dr. Grandjean discussed what he terms “chemical brain drain” and how we might work to protect the brain health of future generations.

Illustration by Jackie Lay for The Atlantic post:
The Toxins That Threaten Our Brains

Leading scientists recently identified a dozen chemicals as being responsible for widespread neurodevelopmental disabilities, including autism, attention-deficit hyperactivity disorder, dyslexia, and other cognitive impairments.
But the scope of the chemical dangers in our environment is likely even greater.

In 2006, Dr Philippe Grandjean did a systematic review and identified six industrial chemicals as developmental neurotoxicants:

Seven years later, the number of chemicals known to be toxic to children’s developing brains has doubled with these six additional ones:

Dr Philippe Grandjean – who wrote the book Only One Chance, how to protect the Brains of the Next Generation – assumes that even more neurotoxicants remain undiscovered and proposes a global prevention strategy.

Growing number of chemicals linked with brain disorders in kids

” Toxic chemicals may be triggering the recent increases in neurodevelopmental disabilities among children—such as autism, attention-deficit hyperactivity disorder, and dyslexia—according to a new study from Harvard School of Public Health (HSPH) and Icahn School of Medicine at Mount Sinai. The researchers say a new global prevention strategy to control the use of these substances is urgently needed. ”

How to protect the Brains of the Next Generation

Professor and Chair of Environmental Medicine at the University of Southern Denmark and Adjunct Professor of Environmental Health in the Department of Environmental Health at Harvard School of Public Health, Philippe Grandjean has devoted his career to studying how environmental chemicals affect children and their brain development. His studies on mercury triggered an international response that led to a United Nations agreement to control mercury pollution. Philippe Grandjean has studied children in the U.S. and Denmark, in the Faroe Islands, and countries in South America and Asia, and he has published about 500 scientific papers on his findings.

Only One Chance – to develop a brain, but it is at risk due to environmental chemicals.

Philippe Grandjean, professor and chair of environmental medicine at the University of Southern Denmark and blogging on Chemical Brain Drain, says: ” In the United States, one of every six children has a neurodevelopmental delay or a neurological disease. No one knows how many of those children faced environmental exposures that contributed to their problems. Chemical brain drain appears as a silent pandemic that is almost impossible to quantify. Economists have calculated that the value of lost IQ points in children exposed to chemical brain drainers worldwide are worth hundreds of billions of dollars per year. Having studied brain toxicity for 30 years, I realized that I must speak up. The adverse impacts on developing brains are serious enough to demand a loud response. In my book ‘Only One Chance’, I conclude: We get only one chance to generate a nervous system, so developing brains need vigorous protection. ”