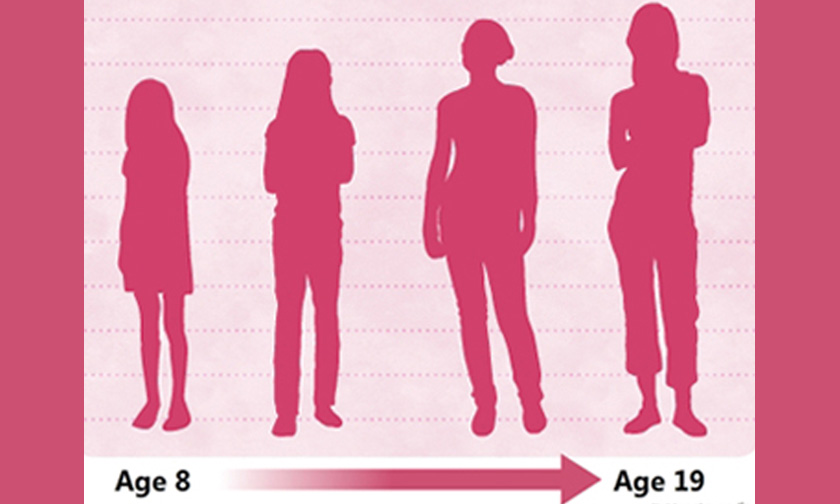 Puberty represents a crucial milestone in one’s reproductive life. For this reason, any effect of the environment on pubertal timing might announce later consequences on reproduction. For the last 20 years, data has accumulated suggesting changes in pubertal timing and a possible role for exposure to endocrine disrupting chemicals (EDCs). This review will summarize the recent data regarding secular trends in age at puberty in boys and girls as well as the likely increase in central precocious puberty incidence in girls. Finally, we will review the epidemiological and animal data suggesting a role for endocrine disrupting chemicals in the reported changes in pubertal timing.

The onset of puberty strongly depends on organizational processes taking place during the fetal and early postnatal life. Therefore, exposure to environmental pollutants such as Endocrine disrupting chemicals (EDCs) during critical periods of development can result in delayed/advanced puberty and long-term reproductive consequences. Human evidence of altered pubertal timing after exposure to endocrine disrupting chemicals is equivocal. However, the age distribution of pubertal signs points to a skewed distribution towards earliness for initial pubertal stages and towards lateness for final pubertal stages. Such distortion of distribution is a recent phenomenon and suggests environmental influences including the possible role of nutrition, stress and endocrine disruptors. Rodent and ovine studies indicate a role of fetal and neonatal exposure to EDCs, along the concept of early origin of health and disease. Such effects involve neuroendocrine mechanisms at the level of the hypothalamus where homeostasis of reproduction is programmed and regulated but also peripheral effects at the level of the gonads or the mammary gland.