A need for reliable criteria, Fertility and Sterility, August 2019 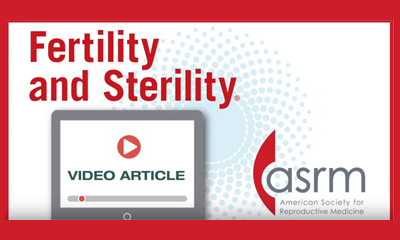 The ASRM Class VII, the ESHRE/ESGE Class U1, and the T-shaped uterus have a uniquely interesting history. The T-shaped uterus was first described as a diethylstilbestrol– (DES-) related congenital uterine anomaly based on findings from hysterosalpingography by Kaufman in 1977. Together with two similar morphologic forms of the uterus—constricting bands in the uterine cavity and a widening of the lower two-thirds of the uterus—this was included as a separate class of DES-related anomalies by the Buttram and Gibbons 1979 classification, and its further modification—the American Fertility Society classification.

In 2013, ESHRE/ESGE singled out a subtle uterine variance with a thickened lateral wall and a T-shaped uterus. As a result, the diagnosis of subtle uterine variances has increased with the designation of a T-shaped uterus or dysmorphic uterus and surgical repair is offered to enhance fertility. However, there is insufficient evidence to offer it in daily practice even in women with recurrent pregnancy loss, where historically metroplasty of the T-shaped uterus is rarely reported and its surgical correction is always questionable.

In this issue Alonso Pacheco et al. present a nicely done video using three-dimensional ultrasound and hysteroscopy in three cases of what they believe is a T-shaped uterus that is representative in distinguishing three of its subclasses. The authors used three-dimensional ultrasound and hysteroscopy to suggest that T-shaped uterus can be subclassified as T-shaped, Y-shaped, or I-shaped uterus. However, the division still remains arbitrary based on subjective impression of the presence of thickened wall and letter-shaped uterine cavities in these conditions. Discussion.