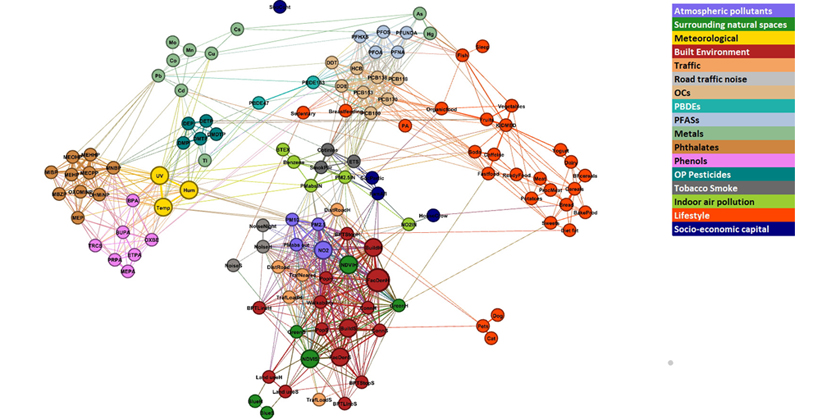 Scientists have measured how children and pregnant women are exposed to over 120 environmental factors influencing our health — from air and noise pollution to green space and access to public transport.

The study gathered and analysed data from six European countries to build a picture of the ‘exposome’ — the array of environmental factors that humans are exposed to from the moment they are conceived.

A better understanding of the exposome could help us understand the role of the environment in the onset of various diseases, including cancer and other chronic disorders such as cardiovascular disease. Reference.

Here, we aimed to describe the early-life exposome. Specifically, we focused on the correlations between multiple environmental exposures, their patterns and their variability across European regions and across time (pregnancy and childhood periods). We relied on the Human Early-Life Exposome (HELIX) project, in which 87 environmental exposures during pregnancy and 122 during the childhood period (grouped in 19 exposure groups) were assessed in 1301 pregnant mothers and their children at 6–11 years in 6 European birth cohorts.

In conclusion, the early life exposome was high dimensional, meaning that it cannot easily be measured by or reduced to fewer components. Correlations between exposures from different exposure groups were much lower than within exposure groups, which have important implications for co-exposure confounding in multiple exposure studies. Also, we observed the early life exposome to be variable over time and to vary by cohort, so measurements at one time point or one place will not capture its complexities.